Why should you look for any lost pensions

As many as 1.6m lost pension pots worth £19.4bn could remain unclaimed (source: ABI) with moving house being the main reason people lose touch with their pensions. According to our own investigations we found that people lose around £23,000 on average. That’s a huge amount of money people are potentially losing out on. Here, we look at why you shouldn’t let it go to waste.

Why is it important to find lost pensions?

It’s really important to find any lost pensions to make sure they’re performing well to give you the best retirement you can get. Most people’s pensions are defined contribution schemes, otherwise known as money purchase plans. With this type of pension, the amount you’ll end up with at retirement depends on how much you’ve paid in, your employer’s contributions (if it’s a company scheme), and investment returns.

Why we lose track of our pensions

Lots of us move home regularly, and sometimes forget to notify pension providers of our change of address. That means we never get to see the annual statements providers send out, and we lose track of our retirement savings. The Government estimates that there could be as many as 50 million dormant and lost pensions by 2050.

Changing work patterns is another reason we forget about one or more of our pension plans. People rarely stay in a job for life now, with the Department for Work and Pensions calculating that the average person will have around 11 different jobs over their lifetime.

Separate research by insurer Aegon found that just under two thirds (64%) of UK adults have more than one pension. Among those with multiple pensions, more than one in five (22%), equivalent to more than 7m people are aware of having at least one lost pension pot. And according to our own study, 1 in 4 under 55s thought they had lost track of at least one of their pensions. This could equate to a huge 1.6 million unclaimed pensions and be worth a massive £37 billion. 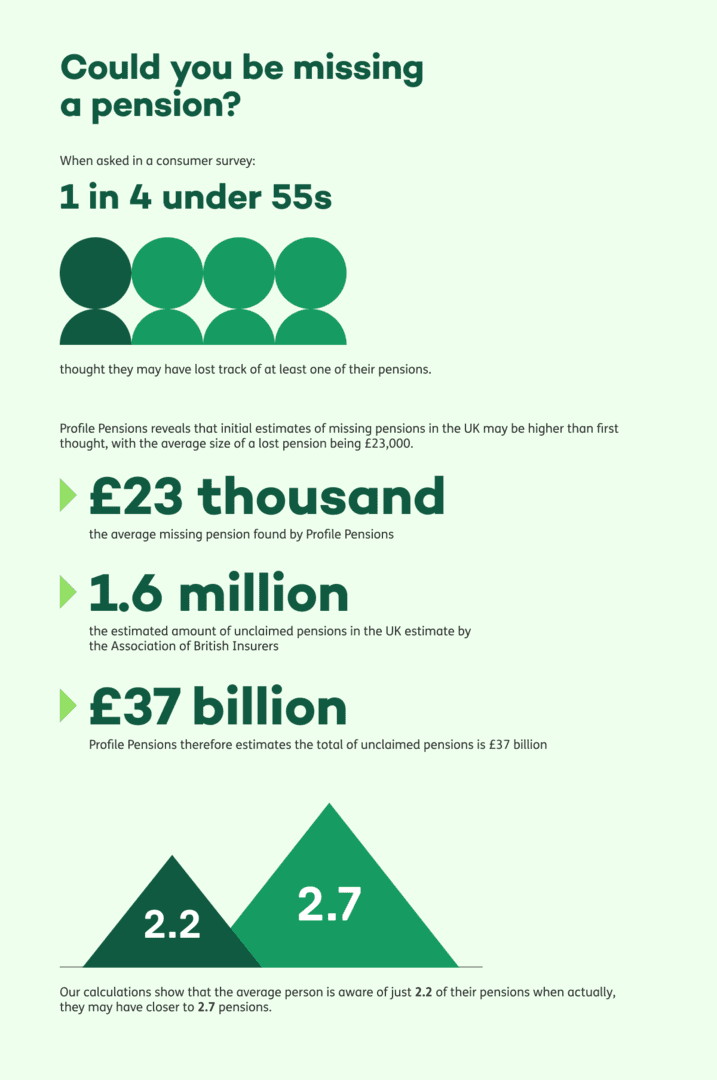 Lost pensions in the UK

Did you know since 2017 we have uncovered over £152 million by tracing old pensions? Here is our list of the top most reclaimed pensions by region.

To help those who have lost track of their pensions, the government is working on a new ‘pensions dashboard’ which should enable consumers to see their pension arrangements online in one place, but in the meantime the onus is on each of us to keep track of all our pension pots ourselves.

Finding a lost pension could make a real difference to your retirement income when you stop work. The sooner you find any lost pension pots you’ve forgotten about, the sooner you’ll be able to check your money’s working as hard as it possibly can for you.

You can also make sure that what you’re paying in management charges is competitive. If you’ve got multiple different pensions, you might want to think about consolidating them, so that you’ve just got the one pension to keep an eye on. You might want to consider getting advice though, as some pension plans come with valuable benefits which you may not want to give up.

If you need help tracking down any pensions you’ve lost track of, or advice on whether or not to consolidate your plans you can sign up here. 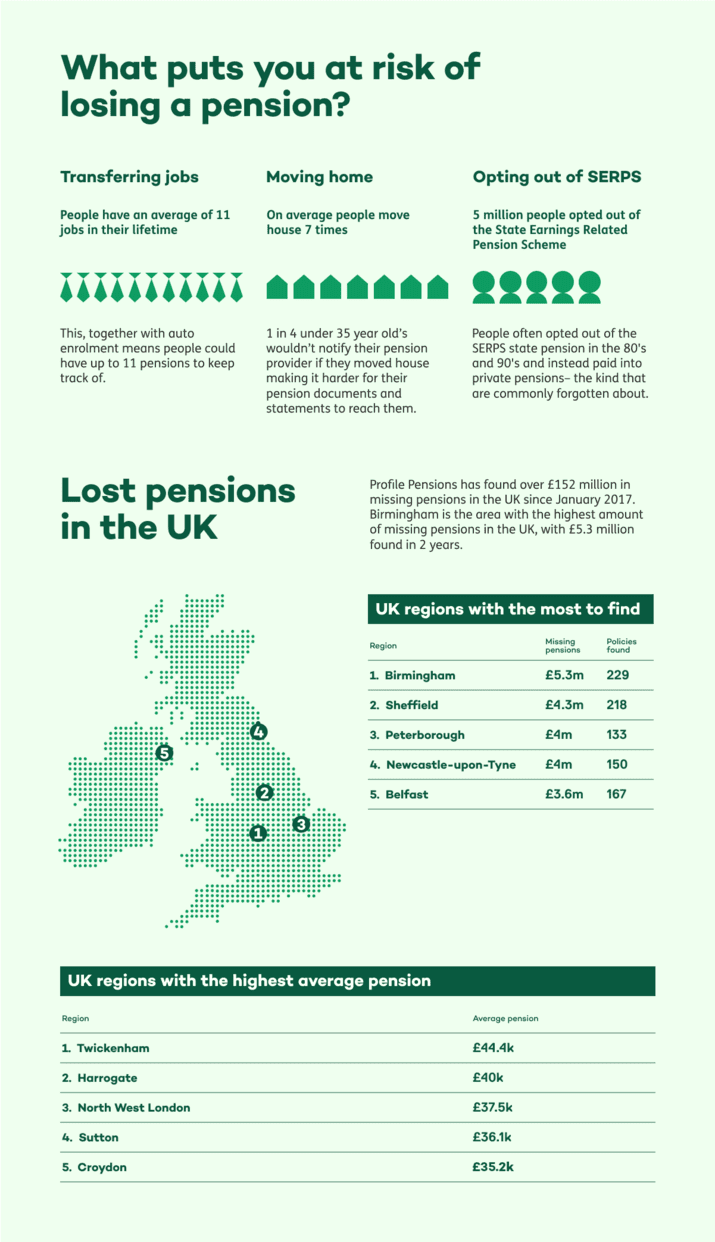 Consumer survey – all figures, unless otherwise stated, are from YouGov Plc. Total sample size was 2096 adults. Fieldwork was undertaken between 15th - 16th October 2019. The survey was carried out online. The figures have been weighted and are representative of all GB adults (aged 18+).

A statement on non-workplace pensions by the Financial Conduct Authority

Transferring your pension - what are the pension?