Millennials and their pensions

Millennials and Gen-X will be the central focus of the new strategy presented by the Pension Regulator: this is the pledge contained in the document outlining the regulator’s priorities for the next 15 years.

Making pensions easier to understand is the top concern of the regulator’s Chief Executive, Charles Counsell: “We must strive for better security for savers, better value for money and a determination to embrace innovation so that savers can better understand their retirement outcomes.”

The TPR’s corporate strategy confirms a core belief driving us at Profile Pensions: the pension landscape is too complex for the average consumer and help understanding pensions should be accessible and affordable to everyone. The regulators’ document, presented in March 2021, also debunks some urban myths about Millennials and pensions, especially the common perception that they are the age group least likely to take a responsible approach to saving for the future.

Millennials, the generation born roughly between 1980 and 2000 who are regularly disparagingly referred to as ‘Generation Snowflake’, are often considered to be unwilling to think about longer-term saving, instead focusing on splashing out on luxuries.

Millennials work more flexibly and are often in multiple short-term employments, zero hours contracts and 'gig economy' work. Despite this, nearly 7 in 10 millennials are currently saving into a pension. This is not brand new information, it was in fact already highlighted in a research from insurer Prudential, indicating that 69% of under-35s are currently saving into pensions either through workplace or personal schemes.

Vince Smith-Hughes, pensions expert at Prudential commented: “Millennials are as responsible as other generations when it comes to pensions and the talk about Generation Snowflake feeling entitled to an easy life is not true. They are often under a lot of pressure to get on the housing ladder and pay off their student loans at the same time as trying to prioritise pension savings.”

Only one in four (24%) millennials admit that they don’t have a pension, with 27% saying that they don’t consider pensions relevant to them, or that they simply don’t motivate them. Separate research from Aldermore Bank found that over half (52%) of millennials say they are concentrating on paying off debt before they start putting money away. 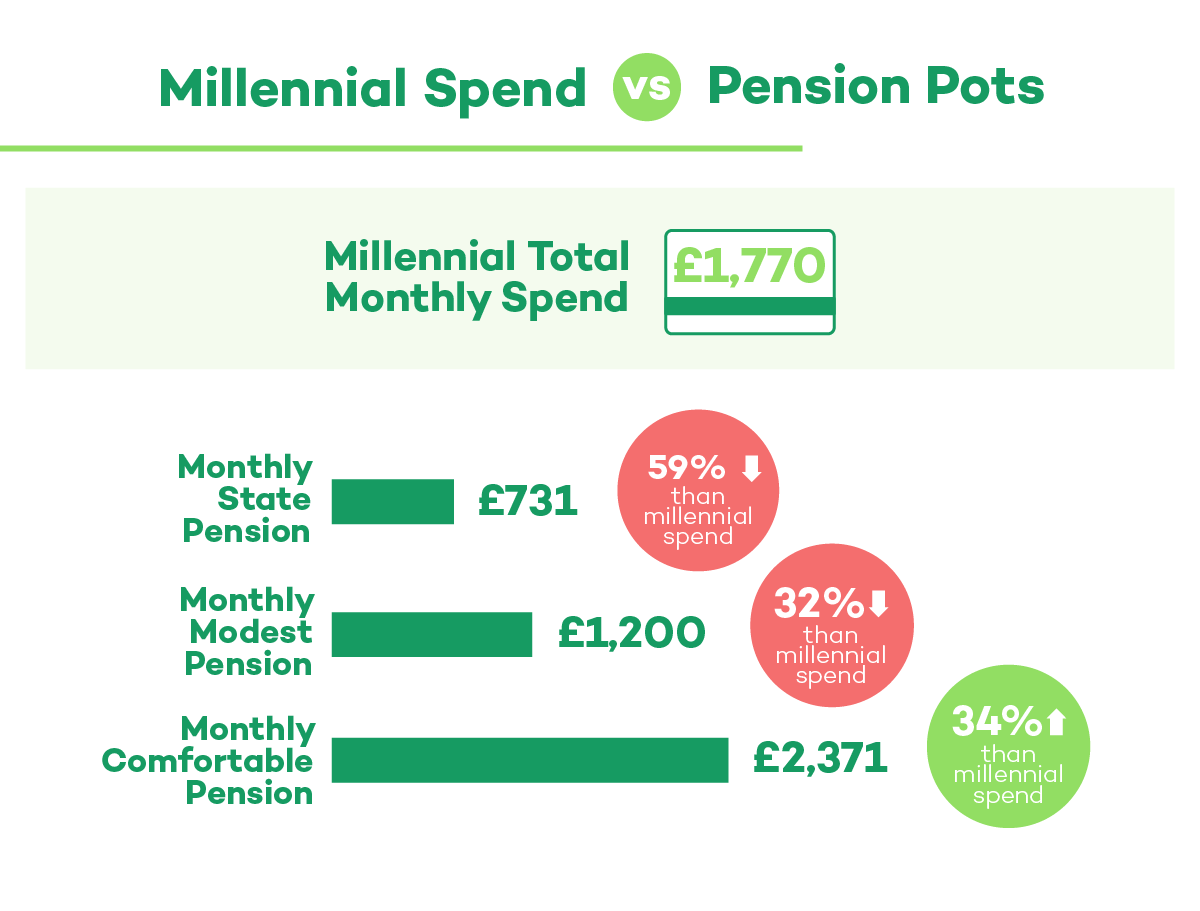 Along with the need to increase consumers’ protection against scams and low performing funds, the Pension Regulator has also pointed out how different pension investment products will be needed to meet the challenge represented by Millennials.

Even though they have less financial stability, Millennials and Generation Z (which includes the generation of ‘digital natives’) are not willing to compromise on the social and environmental impact of their investments. TPR clearly says that this new trend has to be recognised by the industry, “affirming the savers’ keen interest in investment decisions consistent with their values, ESG and climate change, which will drive a greater demand for stewardship.”

Although the majority of millennials are saving for retirement, one in four (24%) said they find pension rules very confusing. More than half (53%) said they wished their employer would explain pensions and benefits to them.

Many millennials may not be aware of all the options available to them, 23% of those questioned admitting that they aren’t sure if they’re on target for retirement saving, whilst a further 28% don’t feel confident with money and financial matters.

Vince Smith-Hughes, pensions expert at Prudential said; “Rules can be confusing, especially when you’re early in to your career which is why we advise most savers to seek financial advice when possible. Employers can help to ensure they provide information and support around their workplace scheme.”

The number of millennials paying into a pension has been boosted by the introduction of the auto-enrolment scheme, designed to give millions of workers access to a workplace pension for the first time - unless they actively opt out. Automatic enrolment has almost doubled the participation of 22-29-year olds saving into pensions, according to research by the Pensions Policy Institute.

The benefits of saving early

More than a third (37%) of millennials believe that they are saving as much as they can, but still don’t think it’s enough for a comfortable retirement. A further 16% don’t think they’re ever going to be able to afford to retire.

When it comes to retirement saving, the sooner you can start and the more you can afford to put away, the better - although of course this is often easier said than done.

According to a study by the Pensions Policy Institute sponsored by Standard Life, which looked at what level of retirement pots younger and future generations could expect, based upon the current and proposed model for automatic enrolment, a 22-year-old typical earner (with peak earnings of around £30,000 at age 40) in 2017 may be able to build up a pension pot of £108,000 with minimum scheme contributions levels. Those with higher earnings and in a more generous workplace scheme could potentially build up a substantially bigger sum.

Jamie Jenkins, head of pensions strategy at Standard Life, said: “Now that nearly 10m people have been auto-enrolled into a workplace pension, we’ve moved to a stage where it’s time for savers to think about what they’ll get back at retirement and consider any additional steps they may want to take along the way to build up their life savings.” 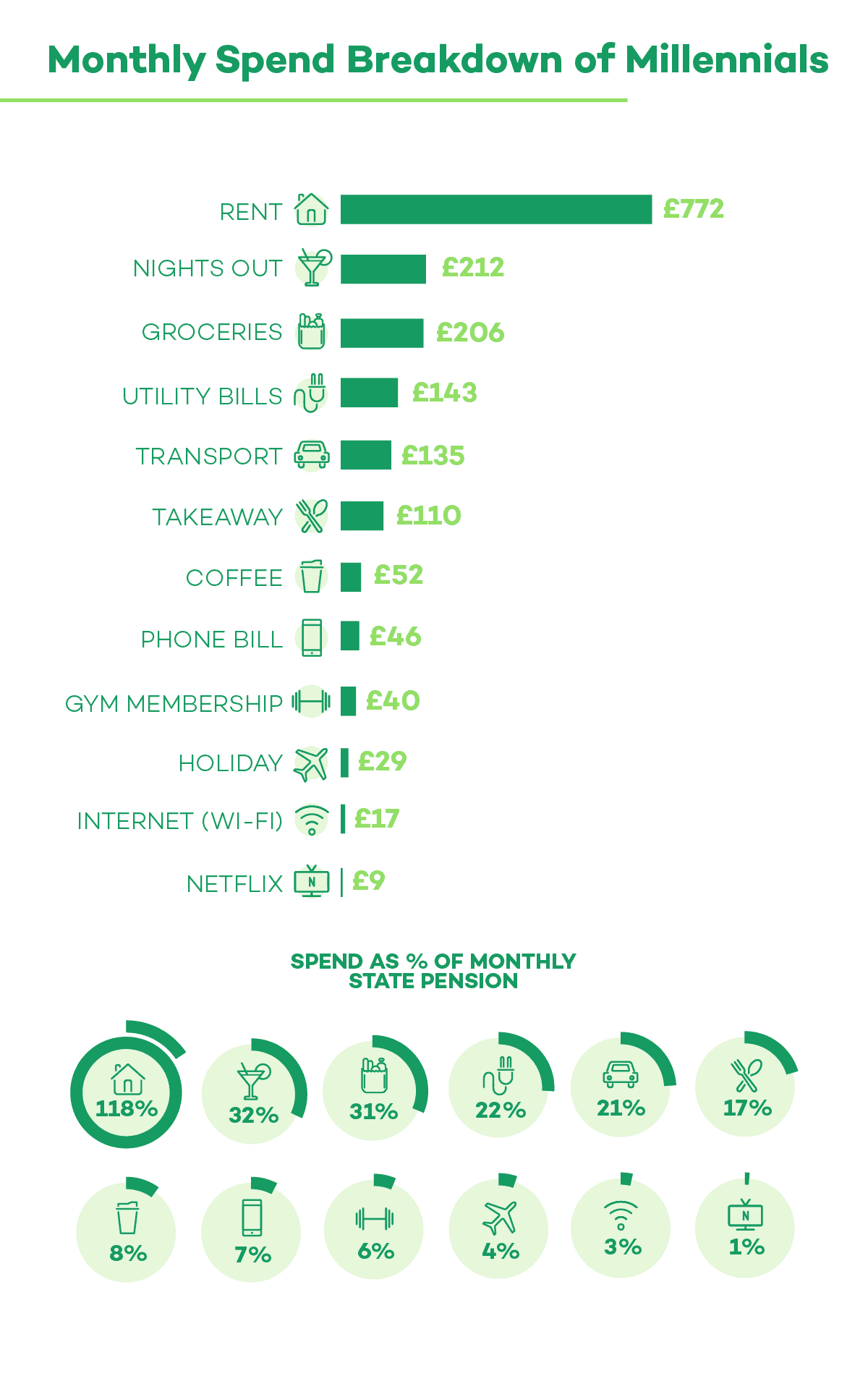 What does my pension statement say?